TrueCar.com has released a study looking into the fascination men and women have with the automobiles they like to drive.

Sure, saying guys like trucks and chicks dig convertibles is easy enough, for the most part. But why we like what we like really gets to the root causes of interest, or the lack thereof when it comes to what we want to drive. 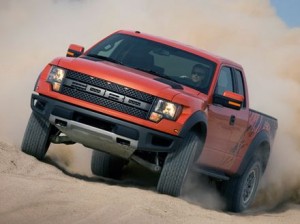 Many Men Need the Power of a Truck

According to TrueCar.com, men are still gaga over full size pick-up trucks. The Ford F-150 is still number one, followed closely by Chevy Silverado, Dodge Rams and even Toyota Tundras. Of course, this should come as a surprise to no one. Men are most likely to be employed in a profession which requires the use of a heavy lifting vehicle. They are more likely to be towing or hauling items such as camping gear, hunting equipment, boats and trailers, so it stands to reason they might be more interested in vehicles which make those jobs easier.

TrueCar.com says men also like Corvettes (who is surprised by this?) And 3-Series BMWs and Audi Sedans. These are vehicles which come with a stigma of success attached. If you are driving one you are advertising your success to the rest of the world. Men, much like peacocks, like to display their plumage. A car which does this for them when all their hair has fallen out is worth the price they paid for it.

Also according to the TrueCar.com survey, women prefer the design of their automobile over just about anything else. It is more about how she looks in it than what it does or doesn