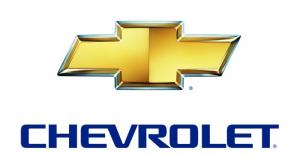 Chevrolet revealed that the brand’s global sales output has continued to increase and this condition has prevailed for the eight straight quarters now.

Based on the information obtained from a press release published by the brand, Chevrolet’s dealerships were able to sell more than 1.25 million units of vehicles worldwide particularly in the third quarter of 2012. Such figure represents a 3.1 increase over the impressive third quarter sales record that was established last year.

As expected, the Chevrolet Cruze has emerged as the brand’s best-selling nameplate in almost every market where Chevy vehicles are sold. In fact, the brand has sold more than 55,000 units of the Cruze in the third quarter of this year only. Given this year’s third quarter sales output, the total number of Chevrolet Cruze that was disposed since the vehicle was first launched globally has reached more that 1.65 million units.

But aside from the Cruze, the demand for other small car models such as the Spark and the Sonic/Aveo have also contributed a lot in allowing Chevrolet to achieve the continuous sales boom for the past eight straight quarters now. The 2013 Chevrolet Malibu has also did its part in boosting the brand’s lead on the midsize sedan segment while the launching of the Colorado which is classified as a mid-size pickup truck in Thailand has further propelled Chevrolet’s global sales output up.

In a detailed statement, Chevrolet has also revealed that the sales momentum that the brand currently enjoys was triggered by the 2.1 percent sales increase in the US, 3.7 percent in China, 13.5 percent in Brazil, 28.8 percent in Russia, and 12.9 percent in Mexico.

When asked as to how the brand was able to maintain such an impressive global sales momentum for the past eight straight quarters, Chris Perry who is the current vice president of Chevrolet’s global marketing stated that this trend was basically due to the launch of the brand’s strongest global product lineup in 2011. Perry has also stressed out that this trend would most likely to continue since Chevrolet is set to further boost the ongoing sales momentum by introducing 25 new products in some of its existing markets all over the globe.

Marty Bay is the Lead Writer and Editor for VPM Automotive. He has researched and reviewed 100s of cars, and writes extensively about car technologies.
Follow Marty Bay on Google+
This entry was posted in Aveo, Chevrolet, Cruze, Malibu, Sonic, Spark. Bookmark the permalink.