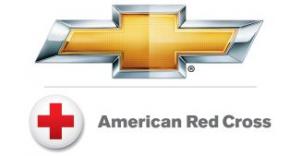 Chevrolet has provided assistance for the storm relief and recovery efforts that the American Red Cross is conducting to help the victims of Hurricane Sandy.

Based on the information obtained from a press release published by the brand, Chevrolet donated 50 units of Traverse crossover SUVs, Tahoe full-size SUVs, and Express cargo vans to the American Red Cross and all of these vehicles are intended to help the organization in doing the relief and recovery efforts that are conducted on the areas that were greatly affected by Hurricane Sandy.

Chevy’s decision to donate such vehicles to the Red Cross could be considered as a wise move for the brand beacuse this would surely make the relief and recovery processes faster and more convenient. Since the Tahoe and the Traverse were built to haul, tow, and transport more cargoes, this would greatly assist the Red Cross in distributing the things that the victims of Hurricane Sandy need even in areas with challenging road conditions.

But aside from the vehicles that Chevrolet has donated, OnStar which is considered as GM’s subsidiary has also supported Chevrolet’s initiative to help the American Red Cross in doing its relief efforts by offering 300 minutes of OnStar Hands-Free Calling in all of the vehicles that were donated.

In addition to this, OnStar is also offering three months of free subscription for its Directions and Connections plan. OnStar’s Directions and Corrections plan would surely be very helpful for the activities that the American Red Cross would be doing as part of helping the victims of the calamity since the plan provides the turn-by-turn services which important when driving on challenging areas such as those that were greatly damaged by Hurricane Sandy.

Chevrolet has also confirmed that they were also able to find an effective way to hand in the vehicles that were donated to the American Red Cross fast. The Tahoe, Traverse, and the Express cargo vans that are included on the brand’s donation will be pulled out from the inventory of the company’s dealerships that are located near the areas where these vehicles are needed. Due to this scheme, the vehicles will most likely be delivered to the areas where they are needed.

Marty Bay is the Lead Writer and Editor for VPM Automotive. He has researched and reviewed 100s of cars, and writes extensively about car technologies.
Follow Marty Bay on Google+
This entry was posted in Chevrolet, Express, Tahoe, Traverse. Bookmark the permalink.