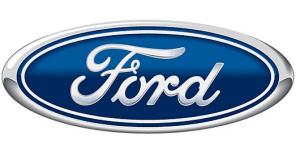 In a press release dated November 1, 2012, For Motor Company has revealed that company’s small car sales has reached its peak on the month of October this year and this is considered as the highest for the past 11 years.

Based on the information provided by Ford, the company’s dealerships were able to sell a total of 25,493 units of small car models such as the Ford Fiesta, Focus, and the C-MAX Hybrid before the month of October ended. It was also revealed that out of the 24,493 units that were sold, 3,182 of this are C-MAX Hybrids while the remaining ones were composed of the Focus and the Fiesta.

It was also known that the figure provided earlier reflects an estimated year over year increase of 54 percent and considered as the highest small car sales boost since 2001. When asked as to how the car maker was able to achieve such an increase, Ford has stressed out that the current trend was probably triggered by the company’s continuous efforts of providing the buying public with reliable and fuel efficient small car models.

But aside from the impressive demand for the small car models, the company’s existing SUV and pickup truck models have also contributed a lot in achieving an excellent October sales boost for this year. Just like the Focus and the Fiesta, the latest version of the Ford Escape ha also obtained an increase in sales by about 4 percent or a total of 19,382 units sold. Apart from the sales improvement that was achieved by the Escape for the month of October, this SUV also aims to help the company surpass the previous vehicle sales record of 254, 293 units sold in 2011.

Finally, the company’s dealerships were also able to sell a total of 56,497 units of the Ford F-Series which is considered as one of America’s best-selling vehicles. This figure reflects an 8 percent increase in sales over the previous year. In addition to that, the latest sales output obtained by the F-Series has also allowed the nameplate to establish its impressive sales increase for 15 straight months.

Marty Bay is the Lead Writer and Editor for VPM Automotive. He has researched and reviewed 100s of cars, and writes extensively about car technologies.
Follow Marty Bay on Google+
This entry was posted in C-Max, Escape, F-Series, Fiesta, Focus, Ford. Bookmark the permalink.