Nissan to Bring Self-Driving Cars by 2020 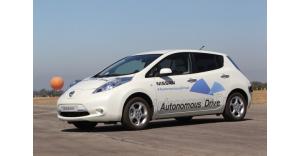 As the race towards the development and production of self-driving cars goes on, Nissan has recently confirmed that the company is planning to introduce multiple versions of the autonomous vehicles in the market by 2020.

Based on the information provided by the Japanese carmaker, Nissan is preparing to construct its first proving ground in Japan that the company would be using for the development of autonomous vehicles. The carmaker has also hinted that the facility will be fully-ready before the end of the 2014 fiscal year.

When asked to comment as to how they are going to realize the company’s goal, Nissan’s executive vice president Andy Palmer who is also responsible of the carmaker’s future global products boasted that the development of multiple versions of autonomous vehicles would surely be an easy task for their vehicle developers since they were able to work with similar types of technology before.

Aside from that, Palmer has was quoted saying that the company is very much confident that they could bring the technology in the market on the target date since Nissan already developed its autonomous vehicle demonstration. He also noted that such demonstration reveals that the upcoming autonomous vehicle model will not be equipped with tripods on its roof and this was designed to look like an ordinary and real car.

Aside from Palmer, Nissan’s CEO in the person of Carlos Ghosn was also vocal with the company’s upcoming project. Ghosn was even quoted saying that Nissan is committed to introduce a ground-breaking technology which he refers to as the Autonomous Drive by 2020. He also stated that the company is currently on track to realize such goal.

Given all of the information provided by the Japanese carmaker, many car experts were convinced that Nissan is really serious in pushing this goal through. Most of them also believe that the carmaker will surely meet its target since this was not the first time that Nissan has surprised the buying public by introducing car models that are considered ground-breaking.

Unfortunately, the Japanese carmaker’s high ranking officials who announced such plan refused to reveal any information regarding the upcoming models’ prices. Palmer has only assured the consumers that these upcoming vehicle models will come with realistic prices.