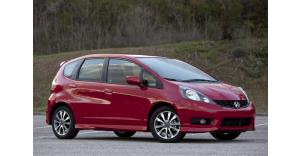 Honda confirmed that the recall order involving the 2012 and 2013 models of the Honda Fit was further expanded because a recently conducted set of government compliance tests revealed that more vehicles were actually affected by the same electronic control stability problem that were previously discovered and caused the Japanese carmaker to recall the first batch of defective Fit models.

To shed light on what really caused the previous and the newly implemented recall, the National Highway Traffic Safety Administration explained that this was triggered by the problem with the electronic stability control system. The sad agency also pointed out that such problem on the ESC might allow the system to accept too much yaw rates at high steering angles most especially when the vehicle is equipped with certain tires.

When this happens, the excessive yaw rates would prevent the electronic stability control system from functioning properly thereby increasing the risk of crash that might lead to injuries, serious injuries and even deaths.

Honda explained that the recall order will allow the company’s dealerships to fix the source of the problem by updating the ESC software of the vehicles affected. The Japanese carmaker also stressed that the owners of the 2012 and 2013 Honda Fits models that were included on the expanded recall will be notified in the earlier parts of August. They will also be given the proper instructions as to how they are going to have these vehicles fixed.

Fortunately, Honda has not yet received reports regarding crashes or injuries that are caused by this particular problem.