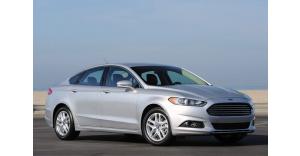 Based on the information provided by Ford in a press release dated January 23, 2013, the latest version of the Ford Fusion and the Fusion Hybrid obtained the 5-star Overall Vehicle Safety Score in the New Car Assessment Program or NCAP testing that was administered by the National Highway Traffic Safety Administration or NHTSA.

Since these tests were designed to measure the vehicle’s performance in preventing its occupants from possible injuries that they might obtain during crashes or collisions, the Ford Fusion and the Fusion Hybrid are now included on the safest vehicles’ list since both of the models has obtained the 5-star Overall Vehicle Safety Score from NHTSA’s NCAP.

Ford has also revealed on the press release that the all-new Ford Fusion and the Fusion are equipped with the company’s Personal Safety System and this was probably the reason why the vehicle performed well when the NCAP tests were conducted on these.

The Personal Safety System is actually a network of vehicle components that are designed to make sure that the front airbags would deploy in case of emergency or collision. The system is equipped with the Restraint Control Module which is responsible for translating the information gathered by the car’s crash censors in front, track position of the driver seat, and the switches of the outboard safety belt buckle in front. Using the information collected, the RCM is capable of activating the pretensioners of the safety belt and determining the way in which the dual-stage airbags would be deployed.

Aside from that, Ford has also upgraded the airbags and the other safety aspects of the Ford Fusion and the Fusion Hybrid. Due to this, Ford was quite confident that both of these models would earn the highest NCAP mark from the NHTSA.