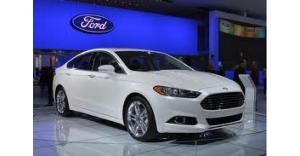 Aside from its impressive set of standard features, the 2013 Ford Fusion could now proudly claim that it is one of the safest mid-size sedan models in the market after earning the famous five-star safety rating.

Based on the information provided by the National Highway Traffic Safety Administration or NHTSA, the results of the federal crash tests that were conducted on the 2013 Ford Fusion revealed that the vehicle has successfully obtained the five-star safety rating as its overall mark.

Given this recognition, the 2013 Ford Fusion will most likely emerge as one of the best-selling mid-size sedan models in the segment. This could also mean that the latest version of the Fusion will continue to challenge the 2013 Honda Accord Sedan, the 2013 Nissan Altima, and the 2013 Toyota Camry in terms of consumer demands since these models are the former’s closest rival in the mid-size sedan segment and all of these have also earned the NHTSA’s five-star safety rating.

The 2013 Ford Fusion was quite successful in getting the highest safety rating from the NHTSA since Ford has bundled a number of safety features into the vehicle. For 2013, the Fusion was sold with safety features such as the airbags on the front seats, side curtain airbags, front-knee airbags, antilock disc brakes, and the traction and stability control system.

Aside from that, Ford is also offering the safety features such as the rear-cross traffic alert, lane-keep assist, driver drowsiness detection, collision warning with brake intervention, and blind-spot monitoring system as optional for the 2013 Ford Fusion. The federal safety evaluators might have considered this in rating the Fusion’s safety features and this was probably one of the reasons why the 2013 Ford Fusion obtained the highest rating from the agency.