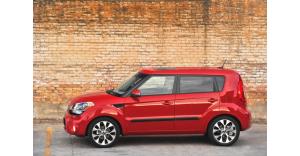 The 2013 Kia Soul has recently won the Active Lifestyle Vehicle award for this year at the ninth annual ALV awards particularly in the Urban Vehicle category. Due to this, the latest version of the Soul now has a new award that it could add to the other recognitions such as the “Top Back-To-School Car” and the Top Tailgating Car for 2012″ that this hatchback has won previously.

Before the 2013 Kia Soul was able to win the Active Lifestyle Vehicle award, the hatchback as well as the other participants was subjected to various tests and in-depth evaluation by a panel of juries that were designated by ALV awards.

ALV has actually commissioned more than one hundred individuals to act as juries. More than two dozens of these juries were composed of individuals from the media while the remaining seventy was made up of athletes who are participating in different sports events such as softball, kayaking, running, triathlon, and cycling.

In order to determine this year’s winner of the Active Lifestyle Vehicle award, the juries evaluated the 28 participants one by one. They carefully studied as to how each of these vehicles was able to facilitate or contribute to an active lifestyle.

The juries has also evaluated all of the participant’s performance in on-road and off-road courses.

Marty Bay is the Lead Writer and Editor for VPM Automotive. He has researched and reviewed 100s of cars, and writes extensively about car technologies.
Follow Marty Bay on Google+
This entry was posted in Kia, Soul. Bookmark the permalink.