The 2013 Malibu Turbo – Chevrolet Spirit on a Midsize Sedan 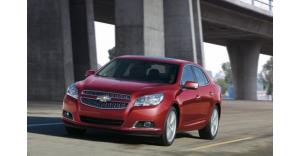 The turbocharged version of the 2013 Chevrolet Malibu is currently considered as the final model that completed the Malibu’s lineup for the US automobile market for this year. However, the significance of this model does not just end there. This is because a lot of car experts are viewing the turbocharged Malibu as the only model in the lineup that embodies the so-called “Chevrolet spirit.”

These car experts are considering the Malibu Turbo as the only model in the lineup that could embodies the Chevrolet spirit since this is powered by a powerful 2.0-liter turbocharged 4-cylinder engine that could generate up to 259 horsepower and 260 lb.-ft. of torque.

The significant characteristics that were found on the 2013 Chevrolet Malibu Turbo can be considered as primary indicators that the vehicle has the Chevrolet spirit since the brand was known for its long history of producing and providing its customers with stylish, affordable, and reliable vehicles.