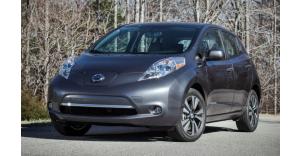 The 2013 Nissan Leaf has recently earned another significant development and this is in terms of its estimated mileage ratings.

Based on the information revealed by the Environmental Protection Agency or EPA, the agency has determined that the 2013 version of the Nissan Leaf has actually earned a significant improvement in its mileage ratings after Nissan shifted the vehicle’s production from Japan into the United States. Due to this, the agency immediately gave the Leaf with the 115 miles per gallon equivalent (MPGe) as its combined rating.

Compared to the last year’s model which was produced and designed in Japan, the 2013 model of the Nissan Leaf is more fuel-efficient. This is because its predecessor has only obtained the combined rating of 99 MPGe and this is about 16 MPGe lower that what the 2013 version has recently received.

Upon getting some comments from Nissan, the car experts’ assumptions were eventually proven correct. This is because the carmaker revealed that the company’s personnel actually implemented a few changes on the Leaf version which was produced in the US. First off, the company’s engineers used a new front fascia on the US-produced Leaf and this strategy effectively reduced the vehicle’s drag coefficient to 0.28 from the original 0.29.

In addition to that, the US-made version of the Leaf has also shed some weight. Due to a new charging unit used, the 2013 Nissan Leaf’s weight has reduced by about 129 pounds.

Although the current boost in the mileage rating of the 2013 Nissan Leaf is considered as a significant improvement for the vehicle, Nissan’s spokesman Brian Brockman revealed that the vehicle could actually exceed the 115 MPGe combined rating if the EPA has only made use of the vehicle’s standard mode instead of the Long Life Battery Mode.