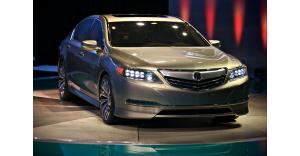 American Honda Motor Company has confirmed that the finalized production version of the 2014 Acura RLX sedan will make its official debut at the 2012 Los Angeles Auto Show on November 28.

Upon hearing the company’s confirmation, a lot of car experts were quite surprised since the 2014 Acura RLX was just unveiled as a concept car at the 2012 New York Auto Show that had happened earlier this year. Most of them were also convinced that American Honda is quite serious in pushing the production of the RLX since the car maker has mobilized some of its vehicle developers just to create the final production version of the sedan.

Based on the information obtained from a number of reliable sources, the 2014 Acura RLX will be powered by a newly-developed 3.5-liter direct-injected VTEC V-6 engine which is capable of producing up to 310 horsepower.

The RLX will also be equipped with the company’s Precision All Wheel Steer system, a technology that helps improve the vehicle’s steering precision as well as the control when cornering. Thus, the 2014 Acura RLX could also be considered as a reliable and capable sedan.

Marty Bay is the Lead Writer and Editor for VPM Automotive. He has researched and reviewed 100s of cars, and writes extensively about car technologies.
Follow Marty Bay on Google+
This entry was posted in Acura, Auto Show, Los Angeles Auto Show. Bookmark the permalink.