2014 Cadillac XTS to Obtain Twin-Turbo V6 as an Option 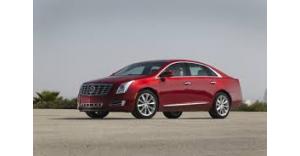 Cadillac is set to implement a number of changes on the upcoming 2014 Cadillac XTS and this includes the availability of a twin turbocharged V6 as the model’s optional engine.

According to Cadillac the 2014 version of the XTS will still be offered with the 3.6-liter V6 engine which is capable of producing a maximum power output of up to 304 horsepower and 264 lb.-ft. of torque. The carmaker has also hinted that the twin-turbocharged engine which is good for 401 horsepower and 369 lb.-ft. of torque will only be available as an option for buyers who prefer to purchase a more powerful version of the XTS with extra cost.

Cadillac revealed that the 2014 version of the XTS regardless of whether this is powered by the standard 3.6-liter V6 or the optional twin-turbo V6 will still feature the same 6-speed automatic transmission that includes the tap-shift control which is used on the 2013 model.

Aside from revealing the information regarding the engines that the 2014 model of the XTS would be having,