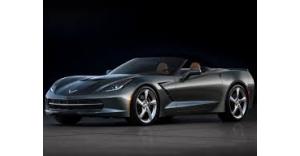 The 2014 Chevrolet Corvette Convertible has made its official debut at the 2013 Geneva Auto Show last week.

Upon unveiling the convertible version of the Corvette which is currently dubbed as the “Stingray,” General Motors has revealed some of the vehicle’s significant features and most of the information provided by the US carmaker has somehow amazed a large population of car experts and buyers who attended the auto show.

Based on the information provided by General Motors, the 2014 Chevrolet Corvette Stingray Convertible was designed to provide potential buyers with a very exciting driving experience. The company pointed out that this is made possible by the 6.2-liter V8 engine that was installed under the convertible’s hood. This is capable of producing up to 450 horsepower and 450 lb.-ft. of torque.

Furthermore, GM revealed that the 2014 Chevrolet Corvette Convertible is about 57 percent stiffer and 99 pounds lighter than its predecessors. The improved stiffness and the reduced weight were made possible by using an aluminum frame and a carbon fiber hood.

Finally, the vehicle’s interior has obviously improved. GM replaced the cheap materials used on the Corvettes cabin and replaced this with more upscale versions. In addition to this, the cabin is now dominated by soft-touch materials and premium trimmings such as the micro-suede and Nappa leather.

Given these features, GM is quite confident that the 2014 Chevrolet Corvette Convertible is very much ready to take on the challenges present in the segment which is dominated Audi and BMW.