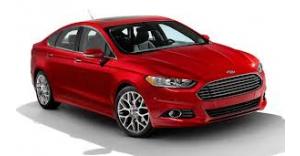 In a media event that was conducted recently, Ford Motor Company has confirmed that the company will be introducing a new 1.5-liter EcoBoost engine and this will be featured first on the 2014 Ford Fusion.

Based on the information revealed by Ford, the new 1.5-liter EcoBoost engine will be released together with the 2014 Ford Fusion mid-size sedan and as the fifth member of the company’s EcoBoost engine family.

Just like the other EcoBoost engines that were already launched on the market, the upcoming version promises and was actually designed to provide better fuel economy without the need to compromise the vehicle’s performance.

Bakaj has also hinted that Ford has not yet finalized the transmission that the company would be mating to the new EcoBoost engine. However, a lot of car experts believe that the US carmaker might still use the 6-speed manual transmission which is currently used on the Ecoboost version of the 2013 Ford Fusion.

Aside from that, Joe Bakaj has also revealed that the production of the upcoming EcoBoost 4-cylinder engine will take place in Romania, the facility which currently handles the production of the existing 1.6-liter EcoBoost engine. Although Bakaj did not confirm that Ford might decide to shift the production of these types of engine in North America, he hinted that the US carmaker is planning to invest a significant amount of money to retool some of its global-engine facilities and allow these to become more flexible in producing some of the company’s in-demand engine models.