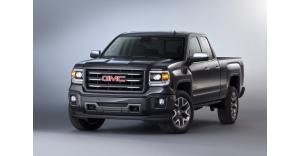 Upon seeing and discovering what the latest version of the GMC Sierra Denali has to offer, a lot of car experts were convinced that General Motors meant business when it previously stated that the company is committed in sticking to the true Denali formula when the vehicle is undergoing the newly implemented revisions.

Aside from unveiling the most luxurious trim of the GMC Sierra, General Motors has also revealed some of the vehicle’s significant features. According to the US carmaker, the 2014 version of the GMC Sierra Denali’s exterior has received few tweaks. The vehicle now comes with the signature chrome grille which is exclusively designed for the Denali.

Marty Bay is the Lead Writer and Editor for VPM Automotive. He has researched and reviewed 100s of cars, and writes extensively about car technologies.
Follow Marty Bay on Google+
This entry was posted in GMC. Bookmark the permalink.