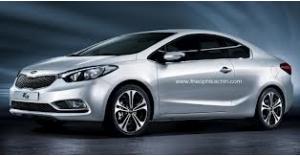 After its successful launch at the 2012 Los Angeles Auto Show, the 2014 Kia Forte sedan is set to hit the compact car segment with a bang.

Based on the information provided by Kia Motors America in a press release that was published and dated January 29, 2013, the Korean car maker has already included the 2014 Kia Forte sedan on its award-winning vehicle lineup for this year. This simply means that the car buyers who are interested in buying the latest version of the Kia Forte sedan could now expect that this model will hit the market before the first quarter of 2013 ends.

According to Kia, the 2014 Kia Forte sedan has obtained a few upgrades and all of these improvements were implemented on the vehicle in order for this to be able to handle the intense competition that exist among the compact car segment of the US automobile market.

First-off, the 2014 Kia Forte currently obtained a new chassis. Compared to the previous version of the of the Kia Forte sedan the latest model has a longer, lower, and wider chassis. Due to this, the latest model is quite reliable compared to the previous version. In addition to this, the changes made on the Forte’s chassis are also considered as one of the factors that were responsible for improving and increasing the interior space that the vehicle provides.

Secondly, the 2014 Kia Forte sedan is powered by two powerful 4-cylinder engine and these are responsible for allowing the vehicle to provide a very spirited performance. The first engine is the 1.8-liter MPI inline-4-cylinder engine which is capable of producing up to 148 horsepower and 131 lb.-ft. of torque. This engine is used on the 2014 Kia Forte LX. The power that the engine generates is routed into the vehicle’s front wheels through a standard 6-speed manual transmission or an optional 6-speed automatic transmission.

The second engine used on the latest version of the Kia Forte sedan particularly on the EX trim is the 2.0-liter inline-4-cylinder GDI engine which is good for 173 horsepower and 154 lb.-ft. of torque. This engine is mated to a 6-speed automatic transmission.

Finally, the 2014 Kia Forte sedan will be sold with a modern-looking and sophisticated interior. Kia’s interior designers used a lot of high quality materials in building the vehicle’s cabin and these were complimented by soft-touch elements. The vehicle’s interior appearance was further enhanced by the presence of high-tech features that are commonly found on more expensive car models.

Marty Bay is the Lead Writer and Editor for VPM Automotive. He has researched and reviewed 100s of cars, and writes extensively about car technologies.
Follow Marty Bay on Google+
This entry was posted in Forte, Kia. Bookmark the permalink.