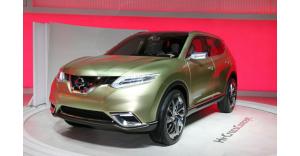 Nissan has recently confirmed that the 2014 version of the Rogue will hit the market this fall and this will feature the optional third-row seating.

According to the Japanese carmaker, the 2014 Nissan Rogue when it hits the market will have a base price of $23,350. Compared to the 2013 model, the upcoming version’s price is higher by about $2,180. However, Nissan was quick to point out that the said increase on the price of the Rogue was also coupled by a number of updates that make the vehicle a more potent option over the model that it would be replacing.

While briefing the reporters about the things that consumers could expect from the 2014 version of the Rogue, Nissan’s officials revealed that the upcoming model will be the first product of the company that would embody the Common Module Family platform that the Renault-Nissan Alliance is trying to implement on its upcoming vehicle models. By using this platform, the carmaker does not only improve the reliability of the upcoming models but this will also help its engineers and designers to become more flexible in coming up with new module components such as the cockpits and front ends.

Aside from such information, Nissan’s officials also stressed that the 2014 version of the Rogue will be powered by a 2.5-liter 4-cylinder engine which is capable of producing a maximum power output of up to 170 horsepower. The engine will be coupled with the company’s new Xtronic continuously variable transmission. Nissan officials also explained that by using the new Xtronic CVT, the amount of friction generated by the vehicle’s transmission when running is reduced by about 40 percent and this helps provide better performance.

In addition to that, Nissan revealed that aside from using a new transmission, the company’s engineers have also implemented a number of improvements on the vehicle’s powertrain. These include the enhancement of pulley system and the transmission’s belt, reduction of oil churning friction and the installation of a compact oil pump. With these improvements, the 2014 Nissan Rogue’s fuel consumption is expected to improve by about ten percent.

Marty Bay is the Lead Writer and Editor for VPM Automotive. He has researched and reviewed 100s of cars, and writes extensively about car technologies.
Follow Marty Bay on Google+
This entry was posted in Nissan, Rogue. Bookmark the permalink.