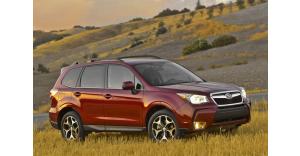 The 2014 Subaru Forester is about to hit the market and to allow some of the potential buyers to prepare the budget that they might need in the event that they decide to purchase this compact crossover SUV, Subaru has finally announced the vehicle’s latest pricing information.

Given the increase, a lot of car experts believe that the 2014 Subaru Forester will offer a number of standard features that were not found on the outgoing model. These experts also believe that the upcoming model will reflect a number of changes either in its exterior or interior appearance.
When compared to its closest competitors particularly the 2013 Ford Escape, 2013 Toyota RAV4, and the 2013 Honda CR-V, the starting price of the 2014 Subaru Forester is relatively lower.

Subaru has also revealed that the 2014 Subaru Forester 2.0XT will be propelled by a new 2.0-liter turbocharged 4-cylinder engine which is capable of producing a maximum power output of up to 250 horsepower. The upcoming version of the 2.5i model will still be powered by the same 2.5-liter horizontally-opposed or “Boxer” engine which is good for 170 horsepower.