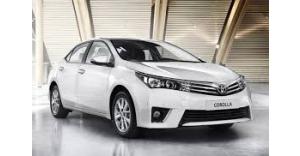 Toyota has finally unveiled the 2014 version of the iconic Corolla nameplate but the changes made on the vehicle surprised a lot of buyers as well as many car experts since most of them have expected more tweaks than what they have seen.

For the 2014 model year, Toyota has only implemented a few changes on the Corolla and among the most significant of these were the new standard LED headlamps and the more chiseled look. Due to the limited changes seen on the vehicle, many car experts were convinced that the Japanese carmaker is trying to avoid the risks involved in totally changing the current designs of the mainstay products that Toyota is trying to sell and one of these is the Corolla.

Unfortunately, Toyota has not yet revealed the pricing information of the upcoming version of the Corolla. However, the carmaker has assured the buying public that the price of the Corolla will be announced before the vehicle hits the market.