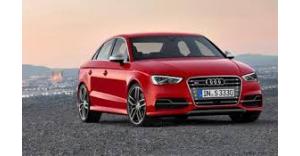 Audi of America recently confirmed that the 2015 A3 sedan which is scheduled to hit the market this coming spring will be equipped with the 4G LTE Broadband feature.

The 4G LTE Broadband feature was actually featured on the Audi S3 Sportsback that was released into the European automobile market last Monday. Since the S3 Sportsback is sold in the European market only, the 2015 Audi A3 sedan will surely be the first Audi vehicle or even the first sedan model in the US that would be equipped with the broadband function.

When asked to provide further details to the company’s plan of featuring the 4G LTE or Long Term Evolution into the 2015 A3 sedan, a top key official from the carmaker explained that incorporating such feature on the upcoming A3 is considered as a very groundbreaking move since the vehicle would be the first model in the US market to have such feature.

Aside from that, the same official also noted that offering the 4G LTE Broadband on the 2015 Audi A3 sedan will also provide a lot of benefits on the part of the driver as well as on the part of the other car occupants. This is because the 4G LTE Broadband technology is a current standard in the field of wireless connection. The feature will also allow the car occupants to stay connected to the internet even when they are seated on a mobile Audi A3.

Audi also explained that this technology is expected to bring faster LTE data transfer into the vehicle with full integration. This simply means that the passengers of the 4G LTE Broadband-equipped model could easily connect some of their mobile devices into a WLAN hotspot that was already integrated into the car.

As soon as the passengers were able to connect their devices to the WLAN hotspot, they could now surf the Web independently. This simply means that the other passenger could possibly watch videos on the internet while the other is participating in a conference call. Aside from that, the feature also allows the car occupants to access Facebook and Twitter via the car’s text-to-speech feature.

Unfortunately, Audi still refused to reveal the pricing of the 4G wireless connectivity.

Marty Bay is the Lead Writer and Editor for VPM Automotive. He has researched and reviewed 100s of cars, and writes extensively about car technologies.
Follow Marty Bay on Google+
This entry was posted in A3, Audi, Car Technology. Bookmark the permalink.