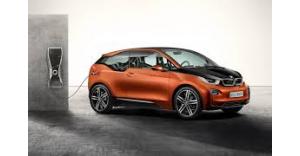 Although scheduled to go on sale in the second quarter of 2014, the 2015 BMW i3 has already made its official debut is several areas such as in New York, London and Beijing.

Since the vehicle has already made its debut, BMW has also revealed some of the important facts regarding the vehicle. First off, the German carmaker explained that the i3 was built as an electric city car and serves as the first production model of the company’s “i” brand.

In addition to that, BMW revealed that the vehicle is composed of two modules composed of the Drive Module and the Life Module. The Drive Module according to the carmaker bundles all the components that are responsible for powering and controlling the vehicle’s behavior. The Life Module on the other hand is the i3’s passenger cell which is according to BMW is made from the so-called Carbon Fiber Reinforced Plastic or CFRP. Aside from that, the carmaker confirmed that the i3 was also constructed using 100% aluminum.

Given such information, it was recently known that BMW’s use of the blend of carbon fiber reinforced plastic and aluminum made the i3 to weigh about 2,700 pounds. Although the method used by the carmaker is quite innovative, many car experts have noted that the vehicle’s overall weight is not that brilliant given the vehicle’s size. However, such weight could not also be considered bad either since this also includes the weight of batteries used.

BMW has also shared that the i3’s drive module is made up of the 22-kWh lithium-ion battery pack that weighs about 450 pounds, an electric drivetrain, a 5-link suspension system on the rear, MacPherson strut and other crash components.

The i3 also comes with a 650 cc, 34 horsepower 2-cylinder Range Extender generator which is powered by gasoline and mounted on the vehicle’s rear. Although the generator weighs about 330 pounds and further increases the vehicle’s weight, this is still considered as an important component of the i3 since this extends the range of the electric car.

In order to make sure that the i3 would drive just like any BMW cars, its battery was mounted low and toward the car’s rear. This set up allows the battery to provide power to the rear wheels, improve the vehicle’s center of gravity and allows it to gain better weight distribution.

Marty Bay is the Lead Writer and Editor for VPM Automotive. He has researched and reviewed 100s of cars, and writes extensively about car technologies.
Follow Marty Bay on Google+
This entry was posted in BMW, i3. Bookmark the permalink.