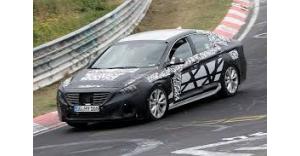 A spy photo was recently uploaded on several automotive websites and many car experts believe that this picture was actually taken inside a vehicle that they firmly believe to be as the upcoming 2015 Hyundai Sonata.

By looking at the images shown on the said photo, many car experts believe that the upcoming version of the Hyundai Sonata will most likely come with a revised interior layout. This is because the picture clearly projects that the vehicle’s interior is blockier and looked more conventional compared to the one that was seen on the latest version of the Sonata. Although the photo showed that the interior layout will most likely be conventional-looking, a lot of car experts are convinced that Hyundai might have chosen the said arrangement since this would eventually allow the company’s interior designers to install a number of convenient and flexible switchgears.

In addition to that, it is also quite notable that interior of the vehicle caught on camera comes with a long list of premium features such as the electroluminescent gauges and the automatic climate control. However, the absence of a navigation device on the picture has made a lot of experts wondering as to how Hyundai will equip this vehicle with such. In addition to that the presence, of LCD screen which is located in the middle of the tachometer needles and the speedometer has also raised some questions as to what was this for. Fortunately, Kia’s use of an LCD speedometer in some of its latest models has recently shed a little light of such uncertainty. This is because it is quite possible for Hyundai to install an LCD speedometer in that particular area.

Given the said information obtained from the spy photo, more and more buyers are starting to get a clear glimpse of what the 2015 Hyundai Sonata would look like when viewed outside and inside. Thanks to previous spy photos that depict the upcoming Sonata’s possible exterior appearance.

Although there are still no spy photos that could reveal the possible engines that would eventually power the upcoming version of the Sonata, many car experts believe that Hyundai is planning to use an all-turbo lineup on the vehicle.

Marty Bay is the Lead Writer and Editor for VPM Automotive. He has researched and reviewed 100s of cars, and writes extensively about car technologies.
Follow Marty Bay on Google+
This entry was posted in Hyundai, Sonata. Bookmark the permalink.