General Motors has recently confirmed that they are using the company’s so-called “universal design” in all of its vehicle models including the Chevrolet Equinox. A company official stated that this move would provide a lot of benefits to their growing number of customers.

In the case of the Equinox, the use of the universal design has improved the vehicle’s ease of access and ease of use. Although not all Equinox were not aware of the advantages that this move would provide them, General Motors is quite optimistic that these owners would soon realize that getting into and exiting the Equinox is has become more manageable. The vehicle is currently equipped with narrow rock panels that enable the driver or and the car occupants to easily step into the vehicle. The height of the seats found inside the Equinox was also adjusted so that each of these would only require minimal bending when a person enters or exit the vehicle.

In addition to this, the presence of useful features such as the programmable liftgate and rear vision cameras on every Equinox has made the vehicle safer and more fun to drive. Aside from that, General Motors is also planning to use a lot of new technologies on the Equinox that would eliminate some age-related issues that might prevent older and younger buyers from purchasing this crossover. Such technologies were basically designed to improve the driver’s vision, hearing, and reflexes while driving the Equinox.

The move which led to the use of the universal design on every GM vehicle in the market was basically triggered by the fact that the aging population of drivers and buyers will continue to grow to about 71 million by the year 2030. This simply means that the company has become aware that the majority of its potential customers in the future would come from the population composed of individuals from the 65 and older age bracket.

Although this move clearly provides more benefit to older buyers, General Motors has made it clear that the company is not planning to build cars that are suited to older drivers and occupants only but for the younger generations as well since the primary aim of using the universal design basically aims to produce vehicles that would work for all types of drivers regardless of age. 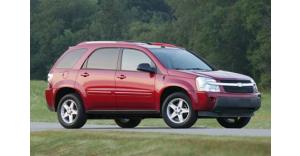 Marty Bay is the Lead Writer and Editor for VPM Automotive. He has researched and reviewed 100s of cars, and writes extensively about car technologies.
Follow Marty Bay on Google+
This entry was posted in Chevrolet, Equinox. Bookmark the permalink.