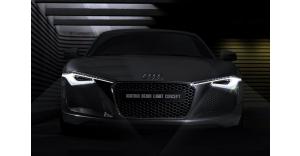 Audi is currently having a hard time in pushing the use of the company’s all-new “Matrix beam lighting system” since the introduction of such technology on cars that will be sold in the US has gained a strong opposition from Washington as well as from several federal agencies such as the NHTSA.

Based on the information provided by a number of reliable sources, Audi is presently engaged in convincing federal regulators to provide a go-signal that would allow the German carmaker to start selling its vehicle models that are equipped with the Matrix beam lighting system in the US automobile market.

The same set of sources has also hinted that Audi became engaged in this particular undertaking since it is planning to sell the 2013 Audi A8 which is a big luxury sedan in the US and this is equipped with the Matrix lighting technology. However, Audi’s plan will most likely remain as a plan since federal regulators refused to provide the German carmaker with the clearance to do so.

This is because the current law that the National Highway Traffic Safety Administration is enforcing particularly the Federal Motor Vehicle Safety Standard 108 explicitly prescribes that all of the headlamps of the vehicles that are sold in the entire country should not shine the way the Matrix beam lighting does. Due to this, Audi was left with no choice but to convince the federal regulators to somehow amend the rules.

Although the Audi believes that the technology’s features does not violate the NHTSA’s rules, the German carmaker might have decided to take things slowly and started trying to convince the federal regulators to approve the use of the Matrix beam lighting system on some of the vehicle models that the company is planning to sell in the US.