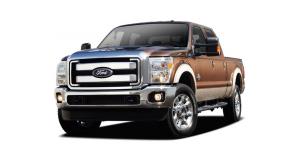 The last month of 2012 has relatively been a great period for car sellers. This is because a lot of buyers have decided to buy their vehicles and a number of factors pushed them to make their purchases.

The Chevrolet Silverado occupied the second spot. Chevrolet dealers reported that they were able to dispose about 50,960 units of the Silverado for the entire month. A lot of car experts believe that the sales boost experienced by the Silverado and the F-Series were basically triggered by the consumers’ growing needs for hardworking trucks that they could use for business purposes.

The Toyota Camry which is considered as one of the most popular car model in America was only able to claim the fourth spot with a total of 31,407 units sold for the month of December. The Ram Pickup claimed the fifth spot of the best-selling car list with about 30,211 units sold.
Other popular car models such as the Chevrolet Cruze (21,230), Hyundai’s Sonata (20,826) and Ford’s Escape (20,131) failed to enter the top-ten list.

Marty Bay is the Lead Writer and Editor for VPM Automotive. He has researched and reviewed 100s of cars, and writes extensively about car technologies.
Follow Marty Bay on Google+
This entry was posted in Chevrolet, Ford, Hyundai, Ram, Toyota. Bookmark the permalink.