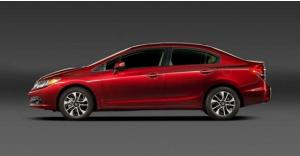 The month of August of 2013 is perhaps considered as a good period for almost all carmakers who market their vehicles in the US automobile market. This is because the demands for the majority of the models that are sold in the market have experienced a significant amount of increase.

According to the latest statistics gathered by every carmaker that operate in the US, the demand for vehicles has significantly increased and most of them believe that the trend would continue.

In the case of Chrysler, the monthly sales output for the month of August of the current year has improved compared to that of the previous year. Thanks to the combined sales output of its Jeep Wrangler, Patriot and the Ram trucks that increased by about 30.9 percent. Aside from that, the total sales output of Chrysler in the said month marked the company’s 41st straight months of sales gain.

Just like Chrysler, Honda has also reported that August 2013 was one of the best-selling months for the company’s operations in the US. Thanks to the increase in demand for the latest version of the Honda Civic which surged upward by about 58.5 percent. Honda even hinted that the strong demand for its Civic might have made the model as the best-selling car in the US for the month of August. Unfortunately, the 21.8 percent increase on the sales of the Toyota Prius prevented the Civic from claiming that particular spot.

Aside from the Chrysler vehicles and the Honda Civic, the Nissan Altima sedan also emerged as one of the best-selling car models for the month of August of the current year. The Altima sedan earned a total sales increase of about 19.6 percent and many car experts believe that this was probably brought about by the phasing out of the Altima coupe.

Marty Bay is the Lead Writer and Editor for VPM Automotive. He has researched and reviewed 100s of cars, and writes extensively about car technologies.
Follow Marty Bay on Google+
This entry was posted in Car Buying Guide & Tips. Bookmark the permalink.