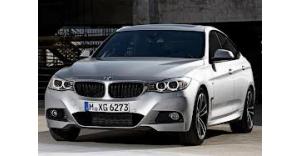 BMW has recently hinted that a diesel engine-powered version of its 3-series is set to make its official debut at the 2013 New York Auto Show which is scheduled to happen in the later part of March.

Based on several reports from a number of reliable media entities, BMW will be unveiling a diesel -powered 3-series on this year’s New York Auto Show. However, these sources have also stressed out that the German carmaker is planning to take the fate of the diesel-powered 3-series to a different direction.

Due to BMW’s statements, a lot of car experts believed that the German carmaker’s decision to replace the high-performance 6-sylinder engine used on the outgoing 335d was triggered by the company’s goal of boosting the vehicle’s fuel economy ratings.

Aside from that BMW might have decided to use the new 4-cylinder engine on the upcoming diesel-powered 3-series since the outgoing model’s engine which is capable of generating a maximum power output of up to 265 horsepower and 425 lb.-ft. of torque has failed to boost the 335d’s sales output.

Based on this information, it is quite correct that BMW will be offering the broadest lineup of the 3-series this year. This is because the lineup will most probably be made up of the models that are powered by three gasoline engines composed of the two versions of the 2.0-liter turbocharged 4 cylinder engine and the 3.0-liter inline-6-cylinder turbo, one hybrid engine and a diesel engine.

A lot of car experts are also expecting that the upcoming 3-series lineup will still be offered in sedan, coupe, convertible, Grand Touring 5-door and wagon bod styles.