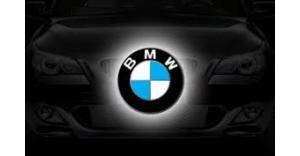 BMW has recently emerged as the world’s leading luxury car maker in terms of sales and this condition left Audi on the second spot.

Based on the current statistics, BMW’s total global sales output for the month of February has increased tremendously. The demand for BMWs jumped by about 7 percent by the end of February and this trend eventually boosted the brands gradual rise to the top.

BMW’s quest to become the world’s leading luxury car maker in terms or sales was basically triggered by a number of factors such as the sluggish demands for Audis, the rising demand for the new BMW 3-Series and the launching of the new BMW X1 small crossover.

According to leading automotive statistical firms, BMW’s rise to become the world’s leading luxury carmaker was partially caused by Audi’s failure to market more of the vehicles. Statistics showed that Audi’s deliveries for the month of February only increased by about 3.2 percent and this is relatively lower than BMW’s 7-percent.

Aside from that, the strong demand for the new BMW 3-series and the newly-introduced X1 small crossover is also considered as the most significant factor that allowed BMW to claim the highest spot of this year’s world leading luxury carmaker’s list.

Although BMW has recently claimed that top spot of the list, many car experts believe that the German carmaker will most likely not last long. This is because Mercedes-Benz is launching a number of luxury car models that car buyers would probably prefer over a BMW.

In addition to this, Automotive News has reported that BMW’s total sales output for the month of February is only 37,229 units higher than what Mercedes-Benz has disposed. Given that Mercedes is set to launch the new A-Class, updated E-Class, the new S-Class and the CLA 4-door coupe on its showrooms, there is a great possibility that Mercedes-Benz will probably occupy the list’s top spot.