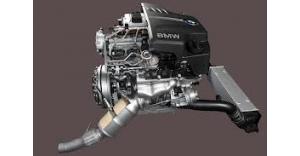 As the race to produce smaller and fuel-efficient yet powerful engines goes on, BMW has recently revealed that its engineers and vehicle developers were already able to produce a blueprint that would serve as the company’s basis in developing a 3-cylinder engine that would soon be used in most of the BMW car models sold in the market.

Based on the information provided by the German carmaker, the company’s personnel were already able to develop a blueprint that outlines the most basic as well as the most detailed information regarding upcoming 3-cylinder engine that BMW currently refers to as theB38.