Car Makers in the US Experienced Robust Sales Last August 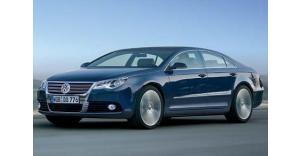 This year’s month of August has been a good period for most car makers in the US since majority of them have experienced robust sales. Compared to the same period last year, the previous month has been wonderful. Thanks to an excellent increase in demand for vehicles, an occurrence that benefited almost all car manufacturers that operates within the country.

Actually, a lot of car experts didn’t expect this trend to happen, but it did. They were even surprised to realize that car buyers in different areas of the country have started snapping almost every car make and model ranging from the bigger pickup trucks made by Ram as well as the tiny vehicles such as the Chevrolet Spark.

Based on the statistics recorded last August, Volkswagen and Toyota earned the largest increase in terms of sales. Volkswagen’s overall sales have increased by about 63 percent since August last year and the German car maker confirmed that this increase was basically triggered by the rising demand for the Passat. Volkswagen has also stressed out company’s dealerships were able to sell about 10,090 units of the Passat and this trend marked the car maker’s best August sales ever.

Just like Volkswagen, Toyota has also recorded a total of 46 percent increase in sales last August. This figure simply indicates that Toyota is presently in the process of recovering from the losses and the disappointing sales decline that the car maker has incurred last year when the strongest earthquake and tsunami hit Japan. Due to this chain of events, Toyota is quite optimistic that the company will be able to recover the previous year’s losses and eventually regain the sales glory that the car maker has previously enjoyed.

But aside from Toyota and Volkswagen, Detroit-bases car makers such as General Motors, Ford and Chrysler have also benefitted from the robust sales last August. General Motors obtained a sales increase of 10 percent from the previous year and this is partially credited to the company’s extensive advertising strategy that was aired on national television during the 2012 Olympic Games.

In addition to this, the Chevrolet Volt, Cruze, and the Sonic have posted their best monthly sales record ever. The Volt alone posted an 837 percent increase in sales compared what it obtained in August 2011.

Ford has also reported a 13 percent increase in sales on the same period that was triggered by strong demands for the Ford Escape.

Marty Bay is the Lead Writer and Editor for VPM Automotive. He has researched and reviewed 100s of cars, and writes extensively about car technologies.
Follow Marty Bay on Google+
This entry was posted in Ford, Ram, Toyota, Volkswagen. Bookmark the permalink.