Chevrolet Confirms the Appearance of the Sonic Dusk at SEMA 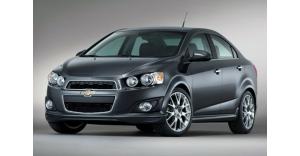 This simply means that Chevrolet is still planning to implement a few upgrades on the Dusk before it hits the showrooms. Due to this some of the features and probably the overall appearance of the production intent version of the Dusk will most likely look different compared to the actual version that would be released into the market in the near future.

Chevrolet has decided to build the new Sonic Dusk since the brand wants to provide the subcompact segment of the US automobile market with a vehicle that reflects a higher level of refinement and sophistication. Thus, it is quite correct to assume that the Sonic Dusk is a more refined and sophisticated version of the other models included on the current lineup of the Sonic.