Chevrolet Showcases its Global Vehicles at the 2013 NAIAS 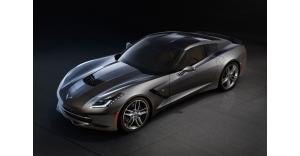 Chevrolet has confirmed that the brand will be showcasing its global portfolio at the 2013 North American International Auto Show (NAIAS).

Based on the information provided by Chevrolet, the global portfolio that they are planning to present at the 2013 North American International Auto Show will include Chevrolet Orlando, Trax, Onix, and Spin and these will be sold in 140 countries worldwide. Chevrolet’s move to showcase these vehicle models at the 2013 NAIAS was viewed by a lot of car experts as an odd decision since these were not assembled and would not be sold in the US.

Although the observations made by car experts were true, Chevrolet’s move to present its global portfolio at the 2013 NAIAS could also be considered as a wise move since showcasing these in the US is an effective way of showing the car buyers in the country that the brand is very much committed in developing vehicles that are capable of providing the customers’ needs.

But aside from the information provided earlier, Mary Ibarra who is Chevrolet’s current vice president of Global Product Development has stated that showcasing the 5 global models at the 2013 NAIAS is a unique opportunity to present the depth of the brand’s global product lineup.

The 2013 NAIAS will also host the official debut of the 2014 Chevrolet Corvette and the 2014 Chevrolet Silverado. Given the fact that the upcoming version of the Corvette and the Silverado will debut along with the brand’s global portfolio, US-based customers would most likely appreciate Chevrolet’s continuous dedication to further improve the looks and features of its vehicles that are sold in the US and in the global market.

The 2014 Chevrolet Corvette is expected to deliver a more impressive driving experience, better fuel economy, and more power. The 2014 Chevrolet Silverado on the other hand was engineered to become the most capable, the strongest, and the smartest version of the pickup. In addition to this, the upcoming version of the Silverado will be sold with three efficient and powerful EcoTec3 engines. This will also feature a quieter cabin, comfortable cab, and revised steering.

Chevrolet Puts the International in NAIAS 2013

Marty Bay is the Lead Writer and Editor for VPM Automotive. He has researched and reviewed 100s of cars, and writes extensively about car technologies.
Follow Marty Bay on Google+
This entry was posted in 1500, Chevrolet, Corvette. Bookmark the permalink.