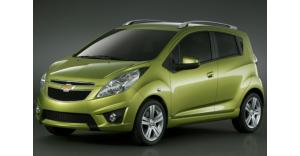 Chevrolet has finally confirmed that the plug-in electric version of the Spark will be making its official debut at the 2012 Los Angeles Auto Show which will be held in the later parts of this month.

According to Chevrolet, the Spark EV will be included on the 13 new and fully redesigned vehicle models that the brand is planning to launch in 2013. Due to this confirmation, a lot of car experts currently believe that the launch of the Spark EV was probably triggered by the impressive demand that the conventional gas-powered version has obtained from American consumers since the time when the vehicle was first introduced into the US automobile market particularly in the Los Angeles area.

Although Chevrolet has not provided a detailed information regarding the Spark EV’s appearance as well as its features, many car experts are expecting that the plug-in electric version would most likely be built with some of the impressive characteristics found on the conventional gas-powered version such as its expressive exterior design and roomy interior.

But aside from unveiling the plug-in electric version of the Spark, Chevrolet will also be showcasing the updated version of MyLink as well as its expanded functionality such as the more seamless integration to smartphones and improved levels of personalization.

Chevrolet has also revealed that this version of the MyLink will be available first on the 2014 Chevrolet Impala, a full-size sedan that the brand is planning to sell next year.

Aside from the upgraded version of the MyLink and the plug-in electric version of the Spark, Chevrolet will also be displaying other new and redesigned car models in the show such as the Malibu Turbo which is a mid-size sedan, the all-new version of the Impala, the Chevy Traverse which is a full-size crossover SUV, the Hot Wheels Edition of the Camaro, and the smaller Sonic RS.

When asked to comment on the brand’s plans for the upcoming show, Chris Perry who is the current vice-president of Global Chevrolet Marketing stressed out that these are parts of the brand’s plan to continue the impressive sales momentum that Chevrolet has achieved for eight consecutive quarters by introducing more new and useful products for its consumers.