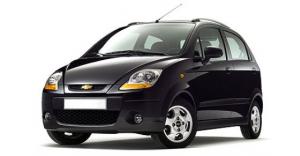 Vehicle safety as of the present no longer depends on the vehicle’s size. This simply means that car buyers should at least try to understand that they could no longer consider a larger car model as a better option compared to a smaller one since the former is safer and loaded with more safety features than the latter. This is because almost all car makers who are involved in producing smaller cars are making sure that the compact models are getting the safety features that their larger counterparts have.

Such claim could best be justified by the Chevrolet Spark, a compact car which was introduced as an all-new model in Canada and in the US. Despite its relatively smaller dimension, the Chevrolet Spark is loaded with many safety features that are also found on larger Chevy vehicles.

This car is equipped with a long list of security and safety features that provide greater protection to the vehicle’s driver as well as the other car occupants during, after, and even before a collision. The Spark is sold with 10 standard airbags that were installed on some of the strategic areas inside the vehicle. These airbags were programmed to launch automatically when the vehicle crashes and provide the needed cushion to the car occupants thereby preventing them from incurring serious injuries.

In addition to that, the Spark was also built using the company’s safety construction design and its body is supported by high-strength steel. Other safety features such as the ABS, rollover sensing system, Electronic Brakeforce Distribution or EBD, Panic Brake Assist, StabiliTrak, and Hill Start Assist are also offered in this small car making it safer compared to some of its closest competitors.

Aside from that, the Spark is the only vehicle model in its segment which provides the OnStar’s security and safety services such as the Automatic Crash Response and other related emergency assistance services. The Automatic Crash Response service allows OnStar to send a distress message to the nearest dispatch to request for assistance in case of emergencies or when the vehicle is involved in a collision. Such features are also backed by the 5-year or 100,000-mile powertrain warranty offered by General Motors on selected car models.

Due to the safety and security features mentioned earlier, the Chevrolet Spark could actually be considered as a safer vehicle despite its smaller size. This could also be regarded as a good option for buyers who are interested in buying a compact car since they will no longer worry about their personal safety when driving the Spark.