Chevrolet to Refresh the Malibu by Revising its Rear Seat 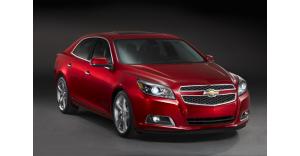 Chevrolet is set to revise the Malibu’s rear seat as part of its plan to implement a series of updates its iconic mid-size sedan model.

According to a number of reliable sources from Chevrolet, the brand is eyeing a significant upgrade on the Malibu’s rear seat layout in hope that this revision together with the other changes that are scheduled to be implemented will somehow boost the sedan’s popularity and eventually make this as one of the brand’s best-selling model as soon as the current year ends.

The current version of the Malibu actually went on sale last year but failed to become a hit particularly in the very competitive mid-size sedan segment. The Malibu’s not-so-impressive rear seat was considered as one of the main reasons for its failure to become a hit in the segment where it is sold since the vehicle received lot of criticisms due to this.

The current setup of the Malibu’s rear seat was criticized by a lot of buyers since it lacks the needed space most especially when the vehicle’s exterior dimension which is quite bulky is taken into consideration. Although the rear seat was nicely furnished, mid-size sedan car buyers particularly those who are interested on the Malibu still demands more space on this particular area of the vehicle.

Chevrolet however stressed out that the limited space provided by the Malibu’s rear seat was not the only factor that prevented the mid-size sedan from becoming a hit. The brand has hinted that there are still a few factors that caused the demand for this sedan to slow down. Unfortunately, Chevrolet refused to provide a detailed explanation of the other reasons.

Chevrolet has also refused to provide a hint as to how the rear seat of the Malibu would be revised. However, a lot of car experts are expecting that Chevy’s engineers will most likely re-contour the vehicle’s rear bench and front seatbacks so as to provide the additional space on the rear.

Finally, Chevrolet has hinted that the revised version of the Malibu will possibly bow at the 2013 New York International Auto Show which is scheduled in the later parts of March of this year.