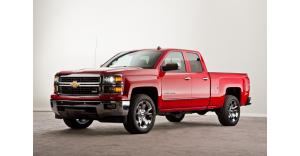 Chevrolet confirmed that its personnel utilized high-strength steel in building the backbone of the 2014 version of the Silverado and this move was intended to further improve the toughness of the vehicle.

Based on the information obtained from reliable sources, Chevrolet’s personnel has used more high-strength steel on the 2014 Silverado compared to the outgoing model. These sources have also revealed that the upcoming version of the Silverado will also be equipped with main rails, major cross members and the frame are also made of the same type of steel that was mentioned earlier. Due to this, a lot of car experts are quite convinced that the 2014 Chevrolet Silverado will be known as the toughest version of the iconic full-size pickup truck model.

In order to further strengthen the body of the 2014 version of the Silverado, Chevrolet’s engineers changed the vehicle’s older cab structures with newer ones. The rocker panels, A-pillars, B-pillars, and roof rails of the vehicle were also incorporated with high-strength steel.

Marty Bay is the Lead Writer and Editor for VPM Automotive. He has researched and reviewed 100s of cars, and writes extensively about car technologies.
Follow Marty Bay on Google+
This entry was posted in 1500, Chevrolet. Bookmark the permalink.