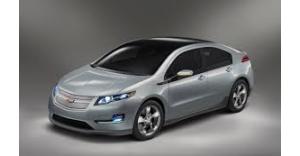 General Motors has recently confirmed that the company has been receiving feedbacks from Chevrolet Volt owners and most of these claimed that their Volts were able to exceed the EPA electric-driving estimate that the US car maker has previously published.

Based on the information obtained from General Motors, a lot of Chevrolet Volt owners have been very vocal with the experiences that they have while driving their vehicles. Most of these owners remarked that their Volts never failed to meet the EPA-estimated 98 MPGe that General Motors have been publishing since the company started promoting the Chevrolet Volt.

General Motors has also revealed that aside from such comments, many owners have also testified that their Volts have exceeded such estimates. Thus, the information obtained from such owners currently allows General Motors to claim that all of the Chevrolet Volt that were sold around the world has probably achieved a total of 150 million driving miles using electricity.

To prove the said claim, General Motors has consolidated some of the satisfied customers’ remarks when asked regarding the performance of the Chevrolet Volt that they own.

Larry Read, a Volt owner from Canyon Lake, Texas confessed that he has been driving his Volt for more than 5,000 miles but he has only filled the vehicle’s gas tank once.

Given these feedbacks, the Chevrolet Volt owners still remain as the most satisfied group of car owners in the entire industry for the past two years now. General Motors also expects that this trend would surely continue given that the company’s personnel are still implementing a lot of improvements on the vehicle.

Marty Bay is the Lead Writer and Editor for VPM Automotive. He has researched and reviewed 100s of cars, and writes extensively about car technologies.
Follow Marty Bay on Google+
This entry was posted in Chevrolet, Volt. Bookmark the permalink.