Chevrolet is really trying hard to overcome its image as the designer of big cars that guzzle gasoline. 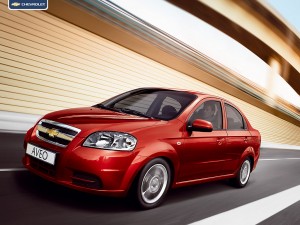 The Chevrolet Aveo Diesel is decidedly low on special features but is solidly built and well made. It comes with anti lock brakes standard. It has air conditioning and power windows. It has three seat belts in the backseat and air bags.

It has a remote control central locking system an excellent music system and a remote control for the trunk. It also has a remote for the fuel filler cover, so you can unlock it and have it open and waiting when you need to fill up in the winter months. And since the car runs on diesel fuel it will not need fueling as frequently as a vehicle which runs on regular gasoline.

True the Chevrolet Aveo Diesel is a subcompact vehicle that has a rather bland beige interior. The fact is it is a solid car that gets great gas mileage. Outside the vehicle has body colored bumpers, tinted glass and an option for leather seats. It also has an integrated MP3 player in the dashboard which makes the front control panel look a little roomier.

Nothing Special About Its Looks

The Chevrolet Aveo Diesel is an average looking car with average looking features, but a much better fuel performance. Because of its reduced size and weight the already high fuel economy of the diesel power plant gets even better mileage, well into the range of 30 mpg.

But It Will Save You Money

If you are looking for a small car that gets good gas mileage and has everything you need with none of the fancy extras, check out the Chevrolet Aveo Diesel. It is a great little car for the money that will save you money on fuel and insurance premiums.