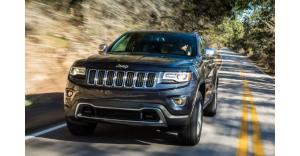 Chrysler has recently received a request from the National Highway Traffic Safety Administration to recall about 2.7 million units of the former’s Jeep Liberty and Grand Cherokee but the US carmaker junked such request.

Based on the information provided by the National Highway Traffic Safety Administration, the federal safety regulators have previously asked Chrysler to recall the Jeep Grand Cherokees that were built from 1993 to 2004. This also includes the Jeep Liberty’s that were produced from 2002 to 2007.

But after conducting a number of follow-up investigations that focused on fire and engineering analysis of Jeep models involved last June, the NHTSA has decided to include on its request for the vehicles to be recalled the Jeep Grand Cherokee models that were produced from 1993 to 2001. As the basis for such extension of the recall recommendation, the NHTSA has cited the 15 cases of death and 41 cases of injuries that were allegedly connected to rear crashes involving the Jeep models that were mentioned before.

But upon receiving such, Chrysler has explicitly turned down the NHTSA’s request. Chrysler’s CEO Sergio Marchionne in statement hinted that the Chrysler refuses to follow such request since company stands by the quality of the vehicle it produces.

Marchionne has also stated that despite of the company’s refusal to follow the request from the NHTSA, Chrysler assured its consumers that the carmaker still considers the safety of the drivers and passengers of the vehicles that they are producing as its top priority. He also explained that Chrysler is still willing to work with the NHTSA and provide the agency with the needed information so as to confirm that their vehicles are safe.

Due to Chrysler’s decision to ignore the NHTSA’s request, the agency could now seek the help of an administrative law judge to provide a ruling for the said matter. As a result, most of Chrysler’s consumers are given with no other option but to wait for the legal actions that the NHTSA would be taking.

Chrysler on the other hand advised its consumers particularly those with safety concerns could call their customer care hotline to obtain the needed help.

Marty Bay is the Lead Writer and Editor for VPM Automotive. He has researched and reviewed 100s of cars, and writes extensively about car technologies.
Follow Marty Bay on Google+
This entry was posted in Chrysler. Bookmark the permalink.