Chrysler Might Introduce the New Version of the 200 Next Year 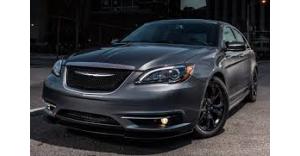 A number of leaked documents have recently revealed the fact that a new version of the Chrysler 200 will debut next year.

When asked to comment regarding this issue, the Detroit-based carmaker explained that the production of the 2014 Chrysler 200 sedan will be cut short by about 6 months since the company will be implementing its decision to retool its assembly plant which is located in Sterling Heights Michigan.

Due to the upcoming events that Chrysler would possibly implement, a lot of car experts believe that the Detroit-based carmaker would soon be releasing the 2015 Chrysler 200. In addition to that, most of these experts are also expecting the 2015 version of the 200 will most likely be introduced at the North American International Auto Show that would be held in Detroit next year.

Most of them believe that the next-generation 200 will be possibly equipped with the 9-speed automatic transmission that Chrysler is also planning to use on the upcoming version of the Jeep Grand Cherokee. In addition to this, there are also a lot of rumors that the upcoming version of the Chrysler 200 will probably be offered with a 2.4-liter 4-cylinder engine which is used on the Dodge Dart and the new 3.2-liter V6 engine which is based on the 3.6-liter V6 engine used on the outgoing model.

Marty Bay is the Lead Writer and Editor for VPM Automotive. He has researched and reviewed 100s of cars, and writes extensively about car technologies.
Follow Marty Bay on Google+
This entry was posted in Chrysler. Bookmark the permalink.