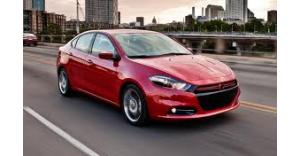 Chrysler has finally announced that the company is planning to recall a number of 2013 Dodge Darts that were already sold over the globe due to stalling problems.

According to Chrysler, the recall order that the company is planning to implement soon rooted from their discovery that the affected vehicles are prone to stalling due to cold weather. The US carmaker has also explained that the problem was discovered when Chrysler conducted an internal testing on the 2013 Dodge Dart.

Aside from the results obtained from the internal testing, Chrysler has also received a lot of reports that most of its dealerships have been receiving a lot of complaints from customers particularly from those who were able to purchase the 2013 Dodge Dart that their vehicles have been stalling.

After conducting a series of follow-up investigations, Chrysler has finally decided to implement a recall that would cover about 14,800 units of the Dodge Dart sedans. Fortunately, Chrysler has found an easy way to fix the problem with the affected vehicles.

As soon as the recall order is implemented, Chrysler will most likely notify the customers who were able to purchase the defective vehicles. The carmaker will probably encourage them to take their vehicles to the nearest dealerships that the company operates. The

Marty Bay is the Lead Writer and Editor for VPM Automotive. He has researched and reviewed 100s of cars, and writes extensively about car technologies.
Follow Marty Bay on Google+
This entry was posted in Chrysler, Dodge. Bookmark the permalink.