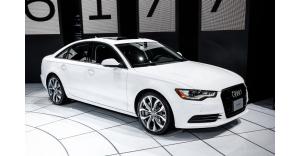 After finishing the appropriate tests and evaluations needed, Consumer Reports has finally revealed their own list of the vehicles that the magazine currently considers as the most improved car redesigns for the present year.

Based on the magazine’s current list, the 2014 Chevrolet Impala emerged as the most improved redesigned car model for this year. The Impala obtained the highest overall score of 95 out of 100 points. The Impala’s current score reflects a 32-point increase compared to the overall rating of 62 that its predecessor has obtained in the previous year.

Upon recognizing the impressive amount of updates and improvements that the 2014 Chevrolet Impala has obtained, Consumer Reports stressed that Chevrolet has accomplished a great job in making the vehicle more attractive to buyers since the carmaker has successfully transformed an outdated and inferior car model into a contemporary, comfortable, more fun to drive and roomy vehicle that even car experts would surely appreciate.

Aside from the 2014 Chevrolet Impala, the latest version of the Mazda6 was also recognized as one of the most improved redesigned car since this has obtained an overall score of 85 which is 12 points higher than what the previous version has obtained.

Upon giving the Mazda6 with its current score, the magazine pointed out that the improvement in the vehicle’s current rating was basically brought about by Mazda’s efforts in upgrading the vehicle which eventually made this more fuel-efficient with a combined fuel economy rating of 32 miles per gallon.

The latest version of the Honda Accord has also made it to the Consumer Reports’ most improved redesign car list. The Accord obtained an overall score of 90 which is 10 points higher than the previous version’s 80-point score. Consumer Reports revealed that the evaluators provided the Accord with such score since they realized that the current model has transformed into a vehicle which is fun to drive, more fuel-efficient and well-equipped.

The Audi A6 also occupied one of the spots of this year’s Consumer Reports’ most improved redesigned car list by getting an overall score of 93 points. The A6 obtained such score since the evaluators liked the vehicle for its agility, impressive interior fit and finish and for its long list of high-tech features.

Marty Bay is the Lead Writer and Editor for VPM Automotive. He has researched and reviewed 100s of cars, and writes extensively about car technologies.
Follow Marty Bay on Google+
This entry was posted in Accord, Chevrolet, Honda, Impala. Bookmark the permalink.