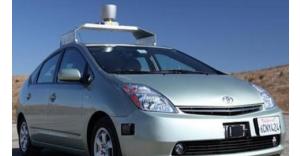 The dream of seeing driverless cars in public roads is starting to become a reality. This is because most of the car makers have already started developing this type of vehicles and these might hit the dealerships in a couple of years.

Based on the information provided by a number of reliable sources, leading car makers such as BMW AG, General Motors, Ford Motor Company, Honda Motor Company, Mercedes Benz, Hyundai Motor Corporation, Volvo AB, and Volkswagen AG are currently developing their own versions of the so-called self-driving autonomous vehicle but none of these companies were able to provide the latest information regarding what they are doing.

Although the car makers that were mentioned earlier have confirmed that they are on the process of developing their own driverless cars, Google has successfully unveiled a version of their own and this is a modified Toyota Prius.

The Toyota Prius that was modified and transformed into a driverless car by Google basically relies on a system that makes use of radar sensors, video cameras, and lasers. The vehicle is also equipped with a database with stored information collected from conventional cars that are manually driven. The database helps the vehicle’s navigation mechanism and ensures that this is carefully driven even without the driver’s participation.

The modified and self-driving Prius was revealed last September 25, 2012 when Governor Jerry Brown of the state of California signed the law that legalizes the development and testing of self-driving autonomous vehicles on public roads within the state. This signing ceremony was held at Google’s headquarters.

The Prius was used to transport Governor Brown and State Senator Alex Padilla. The senator was the sponsor of the bill that was aimed on legalizing the use and development of self-driving cars. The two officials were also accompanied by Google’s co-founder Sergey Brin. Chris Urmson, one of Google’s engineers who were in-charge of modifying the Prius sat on the vehicle’s driver seat but the car has driven itself.

The signing of the law that legalizes the development and use of driverless cars on public roads of the state of California is currently considered as a significant factor that would most likely boost the production of self-driving vehicles.

Aside from the state of California, the government of Florida and Nevada has also passed their own versions of the law that could help boost the development of driverless cars in their respective areas.