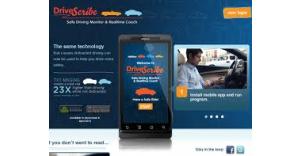 DriveScribe apps can be considered as one of the most effective ways for parents to monitor the driving lifestyle of their teenage drivers and encourage them to become responsible drivers on the road.

Based on the information provided by several car experts, the DriveScribe application which is presently used with Android devices and iPhones could significantly reduce the amount of distraction that teen drivers obtain by using their smart phones while driving.

Once the Android version of the application is installed on the Android phone that a teen driver is using, the application will automatically block all the incoming text messages and calls of the driver while he or she is driving a car. By doing this, the DriveScribe apps helps the teen driver focus his or her full attention on the road by removing the smart-phone as the primary source of distraction. Thus, the teen driver could safely drive the car without placing his or her own safety at risk as well as those of the other motorists.

Unfortunately, the iPhone version of the apps presently fails to provide the function that was mentioned earlier due to unknown reasons. However, most car experts are expecting that Apple and the DriveScribe developers will be able to come up with the appropriate solution that will allow the apps to prompt iPhones to block all the incoming calls and text messages that the teen driver which is subscribed to apps would possibly be receiving while he or she is driving.

But aside from blocking all the incoming text messages and calls, DriveScribe’s function was recently upgraded and this is currently designed to serve as a driving instructor. With the help of a smart-phone, the apps is now capable of monitoring the speed of the vehicle driven by a driver who has the subscription, take note of the vehicle’s sudden turns and applying of brakes, and the driver’s compliance with the existing traffic regulations set on the area where the vehicle is driven.

In addition to this, DriveScribe also warns and alerts the driver by sending off an audible sound when the vehicle is driven too fast or when the driver runs off a stop sign. Thus, the apps helps in molding teens to become responsible drivers.