Ford Broke its Partnership with Toyota 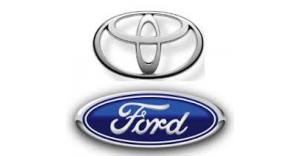 Toyota Motor Corporation and Ford Motor Company finally confirmed that they have agreed to put an end to the partnership that they have previously sealed in order to jointly develop gasoline-electric systems that both carmakers would soon be using in their pickup and SUV models.

According to reliable sources, the deal which brought the two carmakers to work together and develop a number of gasoline-electric systems that they could use on their future pickup and SUV models was actually sealed after a series of personal negotiation between Ford’s CEO Alan Mulally and Toyota’s President Akio Toyoda. The deal was then made public in August 2011.

But after a few months of working together to reach their goals, the public was shocked or probably caught by surprise when both of the carmakers publicized that both of them mutually agreed to end the collaboration.

Ford, on its part somehow confirmed that the collaboration is finally over when the company’s product development chief in the person of Raj Nair stated in a telephone interview that Toyota and Ford agreed to finally terminate their joint venture right after the research and development phase has ended.

Although Nair refused to provide further details regarding the split, he was also quoted saying that the two parties obtained a lot of expertise and insights while the joint venture is on. This was also the same realization that brought the two carmakers’ collaboration since both of them realized that they could actually build the systems on their own.

Given these developments, a lot of car experts currently believed that both parties really learned a lot of things from the collaboration. However, upon learning that they could actually continue what they have started on their own individually, Toyota and Ford finally pull the string and part ways.

After the split, it has been known that Ford is currently doing its best to release a rear-wheel drive hybrid system into the automobile market before the present decade ends. Due to this information, it is quite clear that Ford and probably Toyota really earned a lot of from the recently terminated deal.

Despite of the split, Ford and Toyota revealed that both of them will still continue to work closely in developing the standards for in-car technology and communication systems in the near future.