Ford Cuts the MPG Rating of the C-Max Hybrid 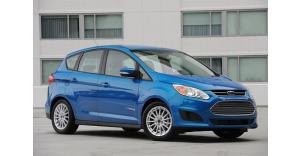 Such move from Ford was basically triggered by the rising number of lawsuits filed against the carmaker due to the worse-than-expected fuel-economy ratings that the Ford C-Max Hybrid has provided when these were already purchased by several car buyers.

In addition to that, the carmaker has also received a lot of criticisms from the media since Ford has previously advertised and posted stickers on the windows of several car models including the C-Max Hybrid claiming that these provide better fuel economy but turned out to be false when the vehicles were driven in real life.

Given these events, many car experts were able to come up with a number of reasons that led Ford to advertise and promote the higher fuel economy ratings that the company’s car models supposedly provide.

One of the angles that most car experts are looking into is the possibility that criticized car models were actually able to achieved such high ratings when these were subjected to in the EPA testing environments but such ratings weren’t able to match those that were obtained after the vehicles that were subjected to complaints were driven in real roads since the driving conditions of the two were not similar. In addition to that, the driving habits of vehicle owners are not similar to those that were tasked to conduct the previous tests.

Aside from that, many car experts are also suspecting that Ford was probably forced to inflate the fuel economy ratings of the vehicles subjected to complaints as well as that of the C-Max Hybrid since it is a common notion in the automobile market that when a car model is known as fuel efficient, many buyers would most likely purchase instead of opting for other models that are not that fuel-efficient.

Marty Bay is the Lead Writer and Editor for VPM Automotive. He has researched and reviewed 100s of cars, and writes extensively about car technologies.
Follow Marty Bay on Google+
This entry was posted in C-Max, Ford, Hybrid & Electric Car Facts. Bookmark the permalink.