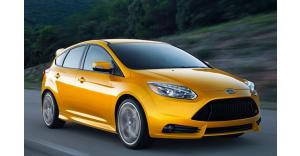 Ford has previously released a press release which confirmed that the 2013 Ford Focus has obtained the top safety rating from the National Highway Traffic Safety Administration or NHTSA.

Based on the information included on the press release dated November 13, 2012 , the 2013 Ford Focus has earned the five-star overall rating which is considered as the highest score that the NHTSA could provide. The five-star overall rating that the 2013 Ford Focus has obtained was basically caused by the vehicle’s impressive performance in the side-impact crash tests, resistance to rollover, and the frontal crash tests that the agency has conducted.

With this accomplishment, the 2013 Ford Focus is currently considered as one of the safest car models in the market right now. The impressive safety rating that the Focus has achieved simply proves that Ford Motor Company is very much committed to provide its consumers with safer vehicles.

When asked to comment regarding the Ford Focus’ impressive performance on the tests conducted by the NHTSA, Steve Kenner who is the global director of the company’s Automotive Safety Office, boasted that the 2013 Ford Focus was specially built using the latest technologies that Ford has already developed in order to reduce the risk of injuries that the car occupants would most likely obtain in the event of collision or when a crash is inevitable. He even stressed out that the technologies used on the 2013 Ford Focus were actually employed from bumper to bumper.

But aside from the statement provided by Kenner, Ford’s press release has also highlighted that the driver’s airbag found on the 2013 Ford Focus is using a uniquely-designed and curve-shaped tether system that lessens the impact of the airbag on the chest and ribs of the driver in case of frontal crashes by pulling the airbag’s lower section and creating a pocket which is responsible for doing the trick mentioned earlier.

In addition to that, Ford has also stated that the impressive safety rating obtained by the 2013 For Focus was also due to the innovative side airbags that were mounted on the vehicle’s seats and provide the necessary cushion needed by the car occupants during side-crashes.

Marty Bay is the Lead Writer and Editor for VPM Automotive. He has researched and reviewed 100s of cars, and writes extensively about car technologies.
Follow Marty Bay on Google+
This entry was posted in Focus, Ford. Bookmark the permalink.