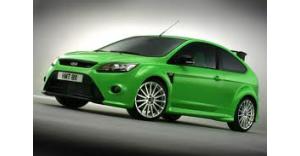 Ford has recently provided a statement claiming that the Ford Focus continues to reign as the bestselling vehicle nameplate in the world.

Ford’s statement was basically based on the latest registration data of the vehicles that are sold globally. The US carmaker came up with such stand since the analysis of the data obtained from Polk revealed that the number of registrations of the Ford Focus has significantly increased by about 18 percent over the same period last year in the first quarter of 2013 thereby bringing the total number of Focuses that were sold to about 288,724.

Ford also pointed out that the significant increase in the individual sales output of the Ford Focus worldwide was basically triggered by the tremendous boost in the demand for the vehicle in the automobile markets of China and Brazil. Polk’s data showed that the number of registrations involving the Focus has reached around 104,065 units and this reflects an increase of 153 percent compared to that of the first quarter in 2012.

Just like in China, the number of vehicle registration involving the Ford Focus in Brazil in the first quarter of 2013 has reached to about 7,227 units and this reflects an 18 percent increase compared to the number of registrations that were recorded in the same period last year.

Given such increase, Ford eventually realized that the Focus has become the world’s bestselling vehicle nameplate. In addition to that, the company has ramped up the production of the said model in order to meet the growing demand. As a result of the production’s

Marty Bay is the Lead Writer and Editor for VPM Automotive. He has researched and reviewed 100s of cars, and writes extensively about car technologies.
Follow Marty Bay on Google+
This entry was posted in Focus, Ford. Bookmark the permalink.