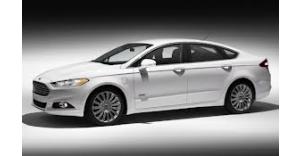 The National Highway Traffic Safety Administration has recently has recently given the 2013 Ford Fusion Energi its “five-star” overall vehicle score.

Based on the information provided by a number of reliable sources, the 2013 Ford Fusion Energi got the highest overall safety rating that the National Highway Traffic Safety Administration could provide after passing the series of tests conducted on it with flying colors.

Many car experts believe that the Fusion Energi’s achievement of the five-star overall safety rating could be considered as a significant event on the model’s history since the NHTSA has already performed the so-called New Car Assessment Program or NCAP when the agency has tested the 2013 Ford Fusion Energi.

The agency’s implementation of the NCAP has redefined its way of assessing the safety features of every vehicle in the market since the program incorporates the actual performance of each model tested when subjected side and frontal- crash tests and the resistance to rollover. In addition to that, the assessments that are included on the new program adhere to a stricter set of rules that were never implemented before.

Upon getting the NHTSA’s highest overall safety score, the 2013 Ford Fusion Energi joined other Ford models that were already able to obtain such ratings. A good example of this is the Ford Fusion Hybrid which is able to secure the same rating when the agency subjected this to the assessments that are applicable to electrified vehicles.

Given such recognition, the Ford Fusion Energi’s has added the success in getting the NHTSA’s highest vehicle safety score in its existing accolades since this model was also recognized by the Insurance Institute for Highway Safety or IIHS as one of models that the organization consider as its “Top Safety Pick +.”

When asked for any information as to how the 2013 Ford Fusion Energi was able to obtain such recognitions, Ford has pointed out that the vehicle is equipped with a number of vehicle safety systems that ensure the safety of all the car occupants. This includes the Personal Safety System which is made up of different components that ensure the deployment of the vehicle’s airbags in front in the event of frontal collision.